As our website design project nears completion, I will take this opportunity to evaluate our work.  Hoekman (2007) discusses the relevance of the Japanese “5S” management approach, to UX design.  Grounded  in a philosophy of minimising waste, I can see its relevance to the largely Agile project management approach which we have adopted. I will give a brief description of each of the 5 features of this model and then outline their relevance to our approach to the project and the website. 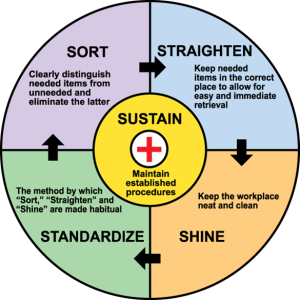 Wikipedia (2012) describes this as a process whereby all unnecessary materials, tools and procedures are eliminated.  This was reflected by our research and analysis of the organisational and user requirements. For example, promoting the festival was a key requirement, whereas setting up e-commerce facilities for merchandise was out of scope.  In an ideal situation, it would have been satisfying to produce a fully functioning site.  However, by defining our requirements we were able to avoid “scope creep” (Bowles and Box, 2011) thus making the best use of our limited resources to produce a site which met the stated key organisational and user requirements.

Hoekman (2007) discusses how this process aims to reduce wastage and increase efficiency by ensuring that resources are accessible and organised so that the most relevant information is prioritised.  We managed our work flow so as to achieve maximum efficiency, as illustrated by our use of social media and cloud-based file storage:

Setting up a closed Facebook group enabled team members to communicate despite working and living some distance from campus and we regularly exchanged information  about task progress/completion, support, advice and links to useful resources.  The “alerts” function allowed the group to stay in touch and to respond quickly to messages and queries.The group Dropbox folder for the project enabled team members to access all aspects of the project.  We were able to review our output, thus highlighting areas which had been completed or which required further development.

In the future I would consider using a closed social media group for a project, although I would prefer to use Google+ for its Hangouts facility and and also for its less public interface.  Dropbox was easily accessed by all team members.  However, I prefer using Google Drive, as it allows team members to work simultaneously and collaboratively on a document, thus reducing time spent in reviewing, discussing and amending documentation.  Given that some team members were unfamiliar with Drive, we opted to use Dropbox but I would certainly use Drive in the future.

According to Wikipedia (2012), this process ensures that the workplace is kept clean, tidy and organised. This is illustrated by our methodical approach to the management of the project. For example, although we did not number the individual files until the end of the assignment, we maintained a clear folder structure in Dropbox which reflected the assignment’s 5 deliverable documents. 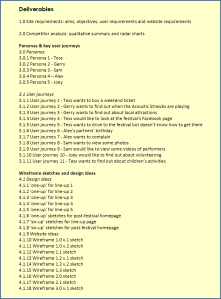 Screenshot of some of the contents of our Dropbox “deliverables” folder

By doing this, all team members were able keep track of progress.   Hoekman (2007) describes how the graphical elements of a website such as alignment and colour palette should contribute to its mood and personality.  Thus, we chose the font Adobe Caslon Pro for the title of our website: 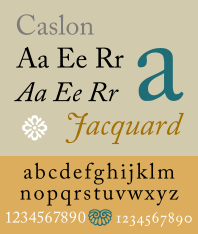 as it is derived from William Caslon’s first original English typeface; we felt that this complemented the historical aspect of folk music which the festival organisers seek to preserve.  Similarly, the festival logo was subtly adjusted to include the dominant colour from the town’s crest:

Colour matching between town crest and our redesigned logo.

The use of a pale blue background supported the vibrant colours in the logo and photographs featured on the homepage, thus creating a colour scheme which was both easy on the eye and accessible to users with low vision.  As a result, users described the site as being clear and inoffensive.

In the future I will continue to integrate “seiso” in the management of my work.  This seems almost instinctive, perhaps due to the nature of the information management course I am undertaking.  As discussed in a previous post, I have limited experience of using design principles.  However, I think that that by working collaboratively and then testing and iterating a design, I would be able to support the development of a sound UX-based design for a website.

Wikipedia (2012) describes the role of standardisation in the 5S methodology, as illustrated by the standardisation of work stations for employees performing similar tasks. This element was reflected in our project by the standardisation of our  user research.  Thus, we created a template for the questions, format and collation of user research.  We also wanted to achieve consistency within the website (something which was missing from the original site) to improved its usability.  In order to standardise the layout we initially created a wireframe/prototype in Visio by collaborating on the design iterations on campus.  One team member was then assigned to update the changes.  Similarly, when constructing the website, we assigned a (different) team member to be the “keeper of the code”.  Thus, although all team members were responsible for coding content, embedding maps, videos etc. in individual pages, this approach ensured that coding errors were minimised and  that the site maintained consistency.

Overall, I feel that our approach to the user research and website layout was successful.  However, I think that this was largely due to the opportunity for team members to work collaboratively prior to standardising an approach.  Thus, instead of being “standardised”, I would describe our work style and website content as “consistent”.

This aspect of workplace organisation is described by Wikipedia (2012) as being an ongoing effort to find ways of improving existing processes.  This is closely linked to the Japanese word “kaizen” meaning “improvement”.  Its meaning has evolved over time to describe an iterative approach to both design and project management and is an inherent aspect of Agile projects (Bowles and Box, 2011).  Consequently, our final round of user testing (pre-launch user journey task observations and corridor tests), revealed user requirements necessitating adjustments to the website.  For example, clearer content layout for the Line-Up” page.

Our website is the result of the iterative (shitsuke/kaizen) approach to our decision-making and design process.  On reflection, although I was not fully aware of it at the time, I can see that evidence-based kaizen was key to supporting our team cohesiveness and confidence.  For example, our original hand-drawn site map evolved through ten versions into its final incarnation: 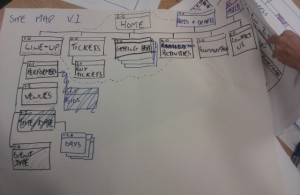 Version 1 of our site map 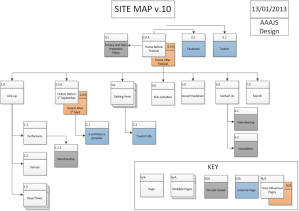 Version 10 of our site map

By viewing the iterative process as evidence of progress and as a means of minimising errors in the construction phase of the website, we consequently felt more positive as a group.

Designed originally for the Japanese manufacturing industry, the 5S model has relevance to other work environments, including information architecture and UX design.  As with all management models however, I think that it is important to focus on the broader rather than the detailed aspects of the model.  For example, standardising work practices would be overly restrictive to UX designers but essential for staff working in a hospital.  Using the 5S model has been useful in describing some of the key aspects in our website redesign project; its elements fit implicitly within the Agile project management approach but is also suitable for the management of projects in hierarchical organisations.